Firenze was a centre of medieval European trade and finance and one of the wealthiest cities of that era. It is considered by many academics to have been the birthplace of the Renaissance, and has been called "the Athens of the Middle Ages". Its turbulent political history includes periods of rule by the powerful Medici family and numerous religious and republican revolutions. From 1865 to 1871 the city served as the capital of the Kingdom of Italy (established in 1861). The Florentine dialect forms the base of Standard Italian and it became the language of culture throughout Italy due to the prestige of the masterpieces by Dante Alighieri, Petrarca, Giovanni Boccaccio, Niccolò Machiavelli and Francesco Guicciardini.
The city attracts millions of tourists each year, and UNESCO declared the Historic Centre of Firenze a World Heritage Site in 1982. The city is noted for its culture, Renaissance art and architecture and monuments. Here it is plenty of works by Filippo Brunelleschi, Michelangelo, Leonardo da Vinci, Raffaello, and Botticelli The city also contains numerous museums and art galleries, such as the Uffizi Gallery and the Palazzo Pitti, and still exerts an influence in the fields of art, culture and politics. Due to Firenze's artistic and architectural heritage, Forbes has ranked it as the most beautiful city in the world. The historic center, which is very close to the congress venues, is a stage, surrounded by the Renaissance architecture of noble palaces, squares, and churches.
Walking around Firenze, taking in the breathtaking beauty of the lush Florentine landscape that stands astride the serenely flowing Arno River, ornamented by the red clay tile roofs of the ancient cityscape, it’s easy to imagine how the great artists were so inspired by the city and its surroundings. Firenze is the heart of Tuscany, the home of some of the world’s most beloved cuisine, a place where the culinary arts continue to reach new peaks of development under the Tuscan sun.
One of Firenze’s most essential points of interest is Piazza della Signoria, a vast plaza where Michelangelo’s David stood in front of Palazzo Vecchio for 400 years and is now replaced by a nearly identical copy. The real David, a glowing miracle, can still be seen at Galleria dell’Accademia.
The Piazza della Signoria also has Benvenuto Cellini’s arresting bronze sculpture of Perseus with the Head of Medusa. The grand plaza is lined with restaurants and boutiques and sidewalk cafes where you can watch the life of Firenze play out before you. Other essential Florentine attractions not to be missed include the Uffizzi Gallery, which houses many of the greatest paintings of all time, and the Ponte Vecchio, the oldest bridge across the Arno River, lined with small shops and, of course, tourists. And that’s only a small taste of what’s available to experience in Firenze. 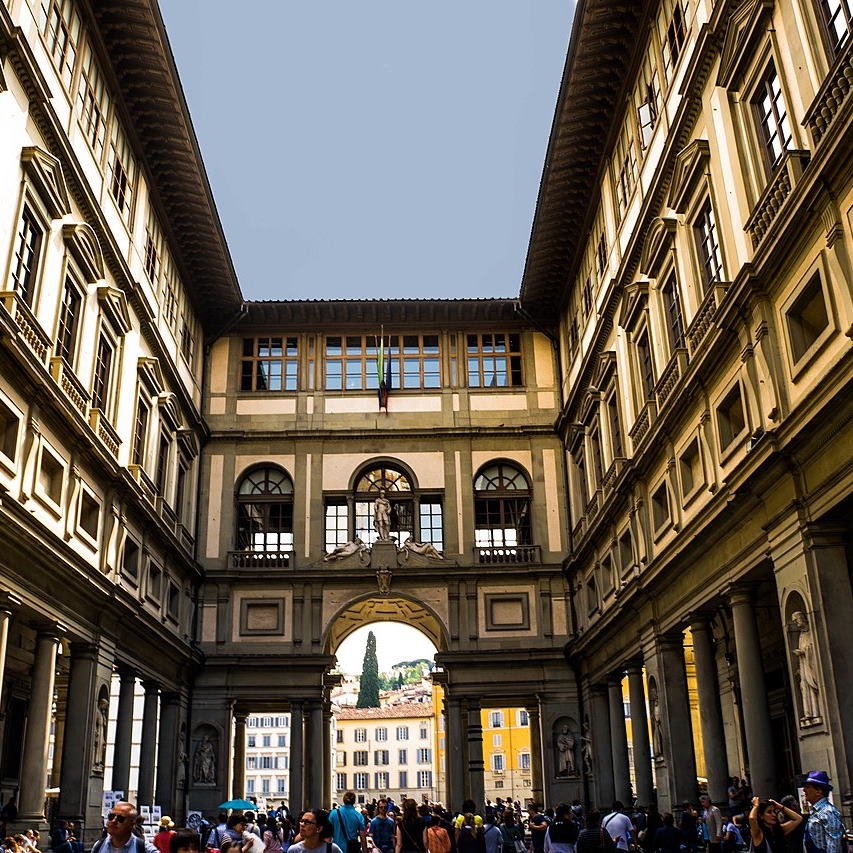 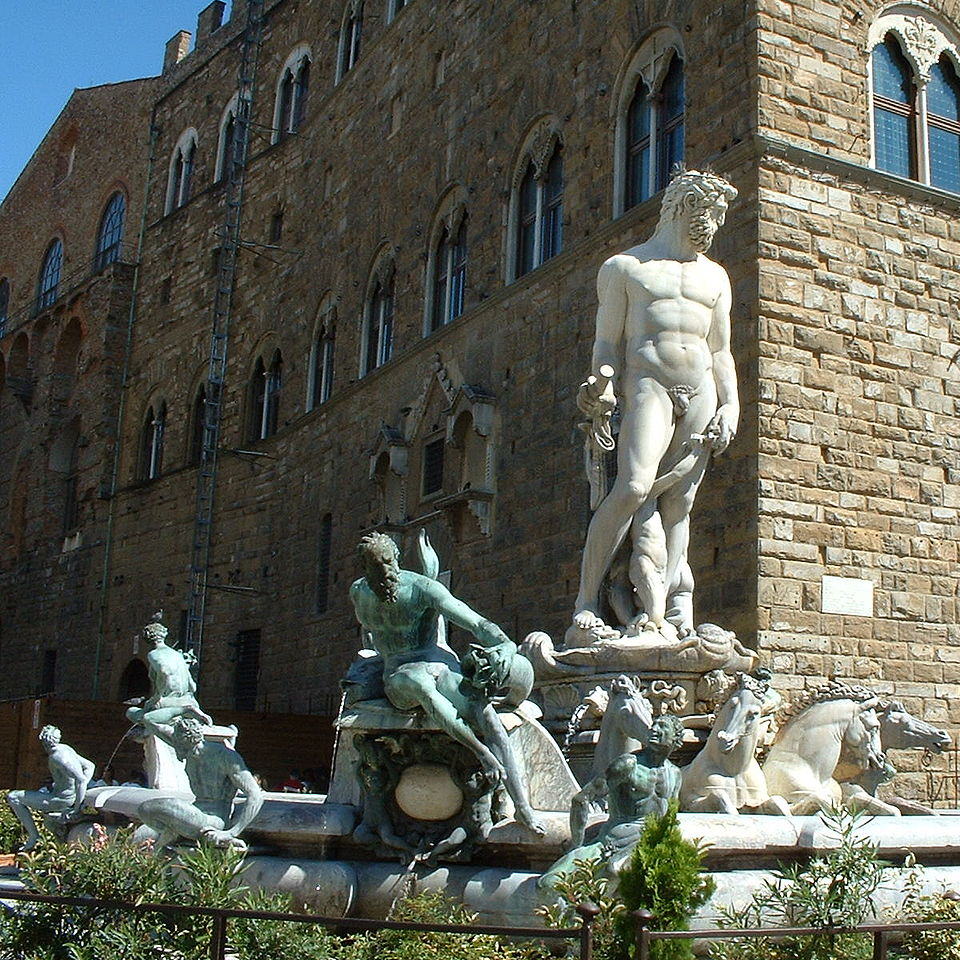 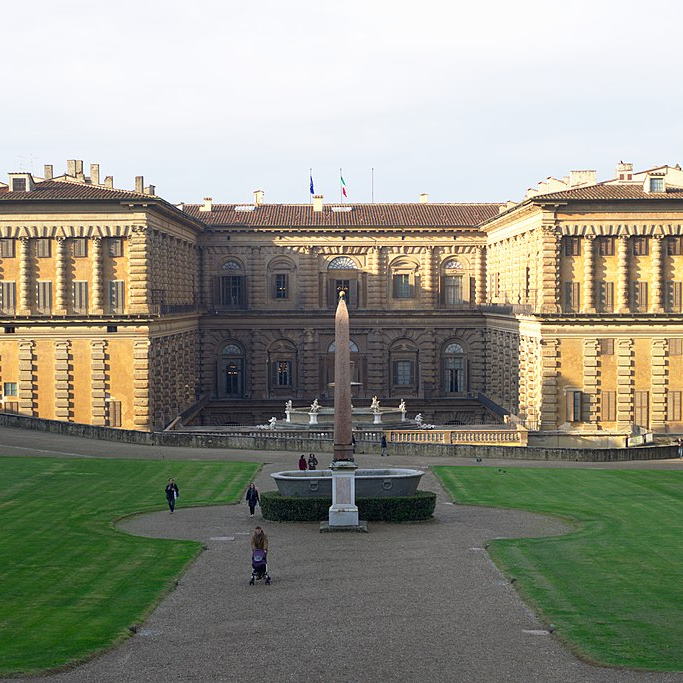 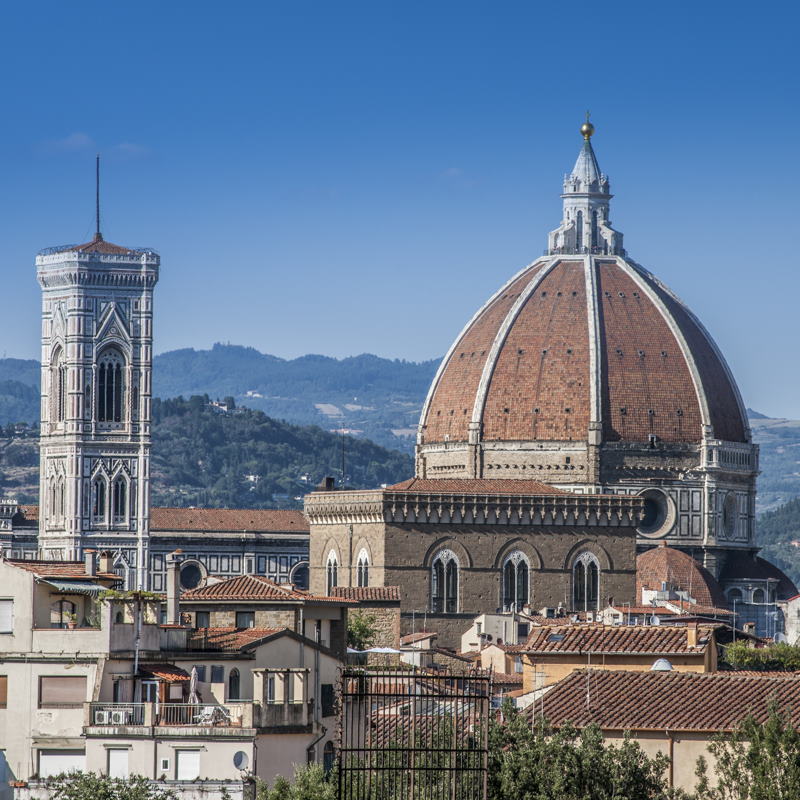 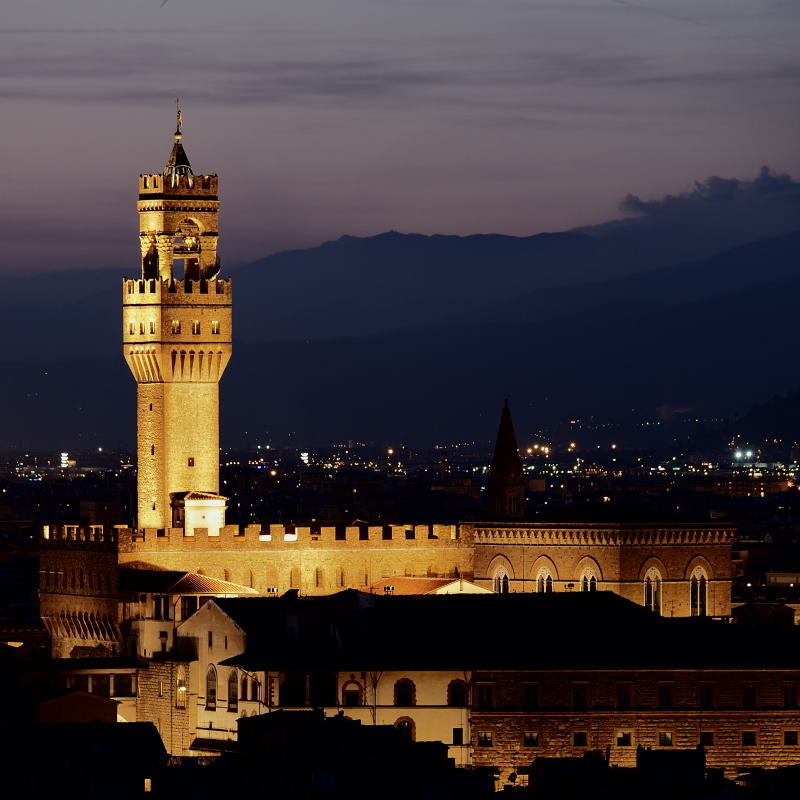 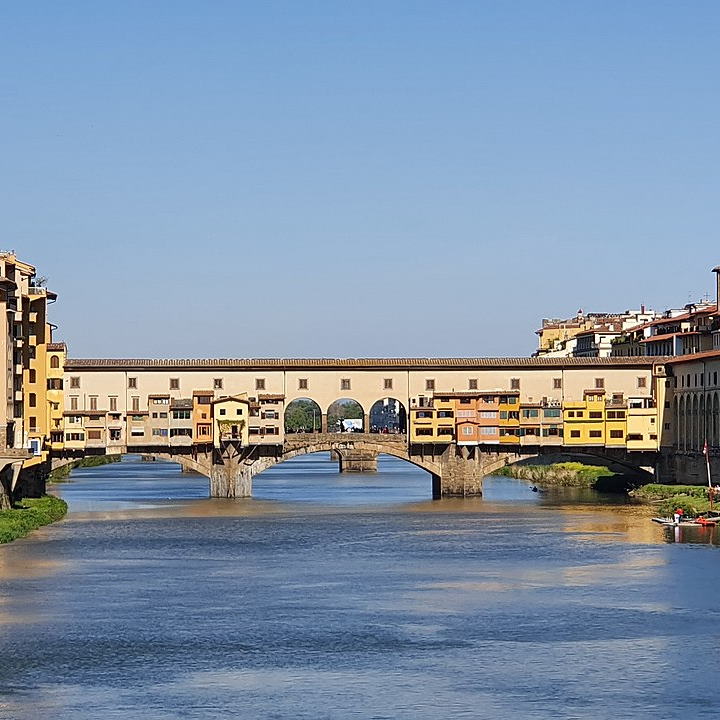 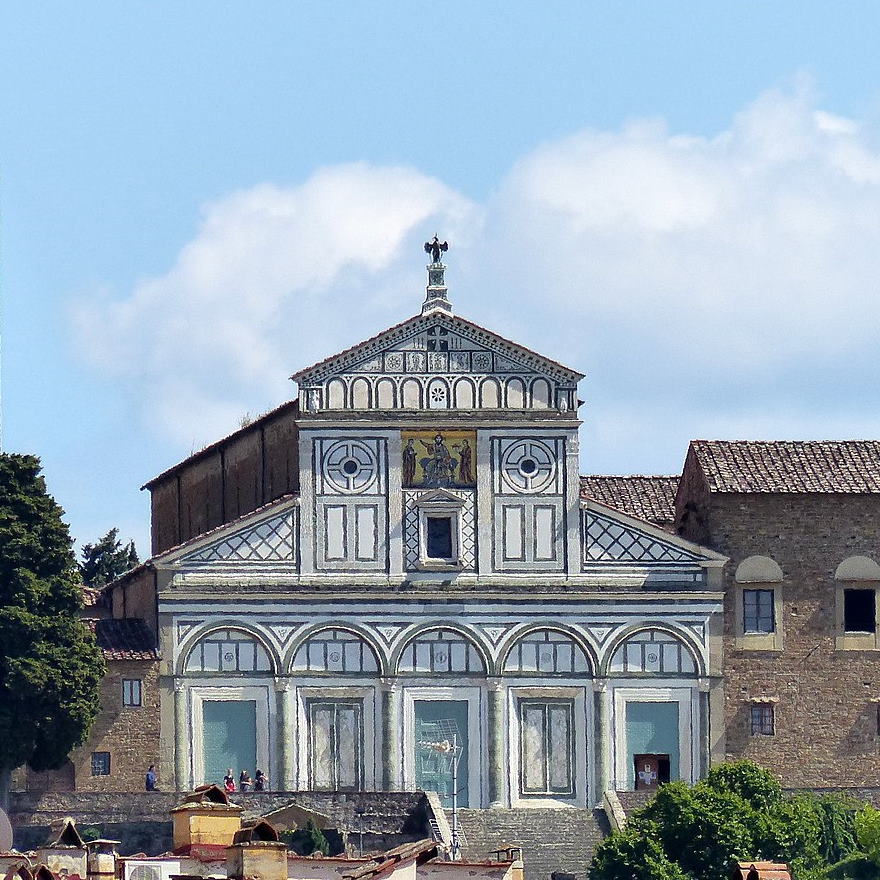 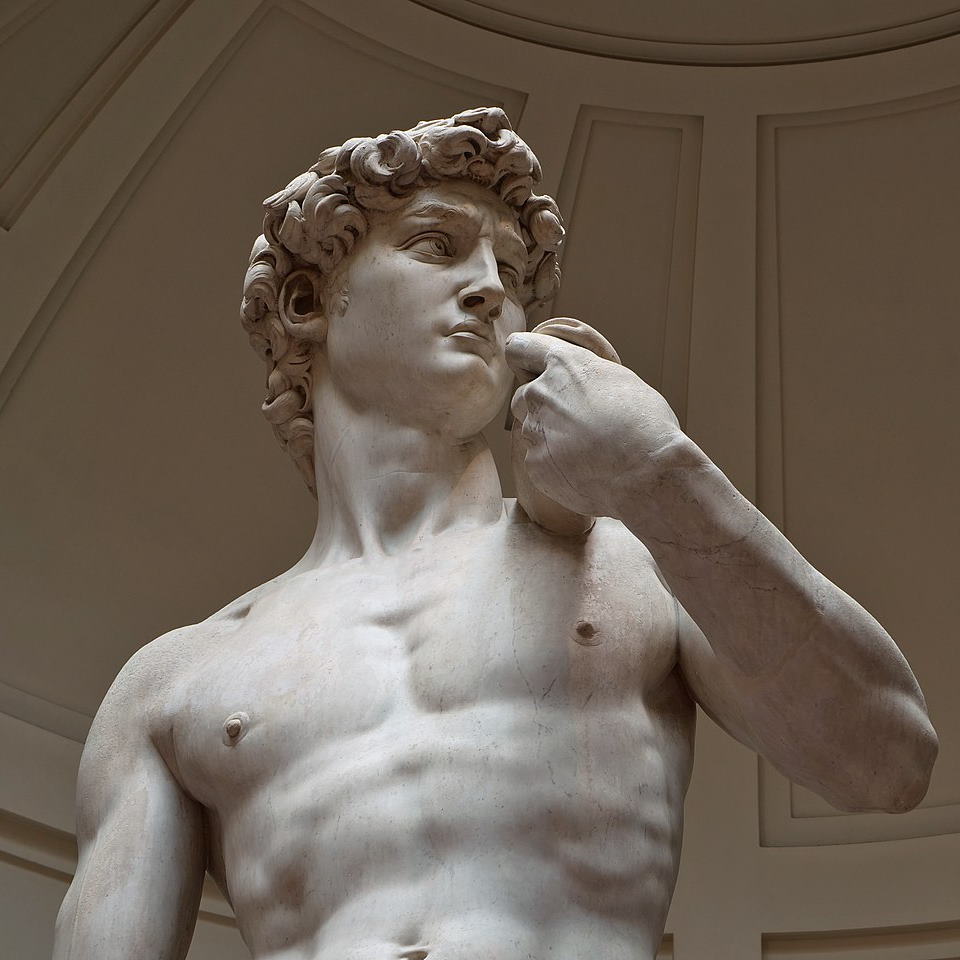 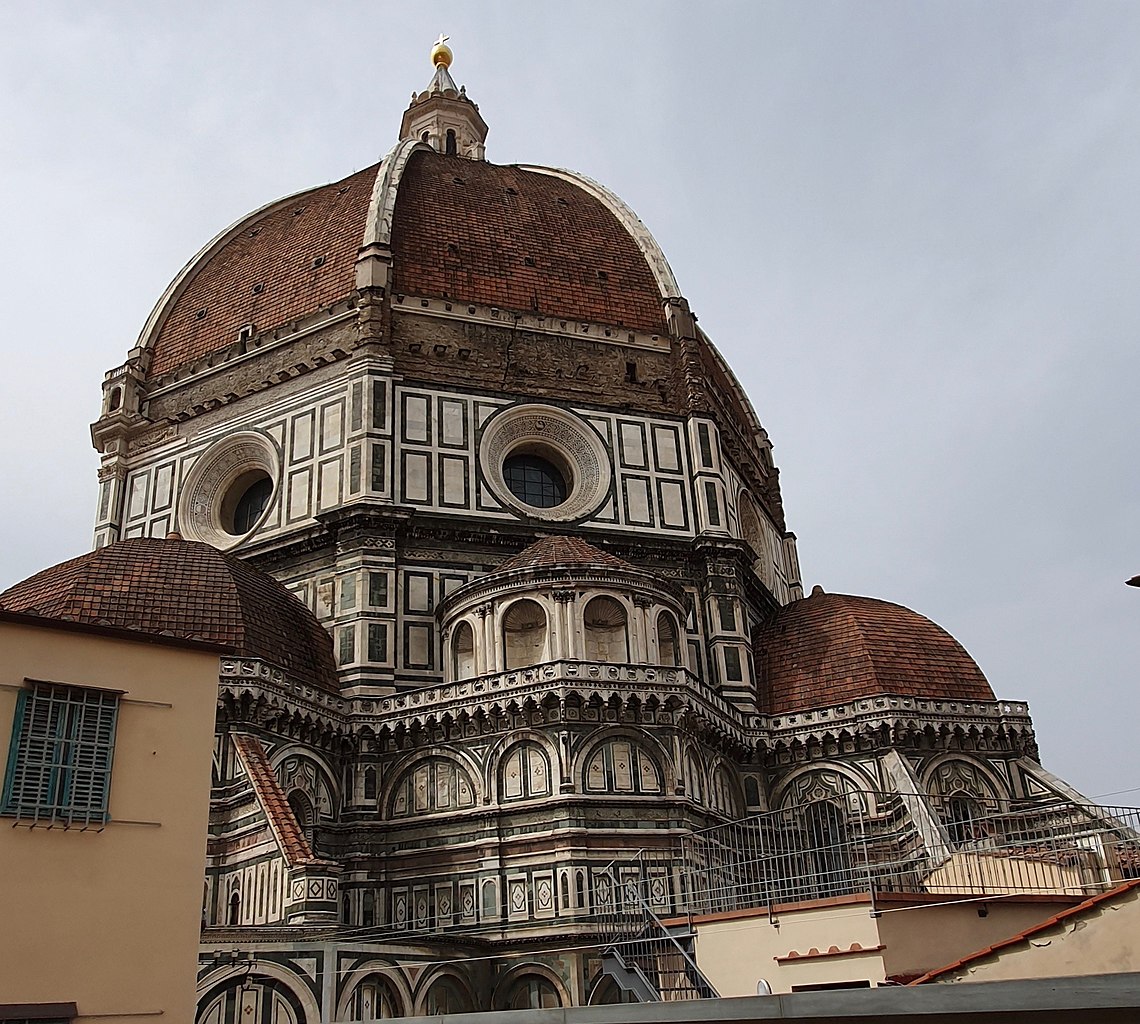 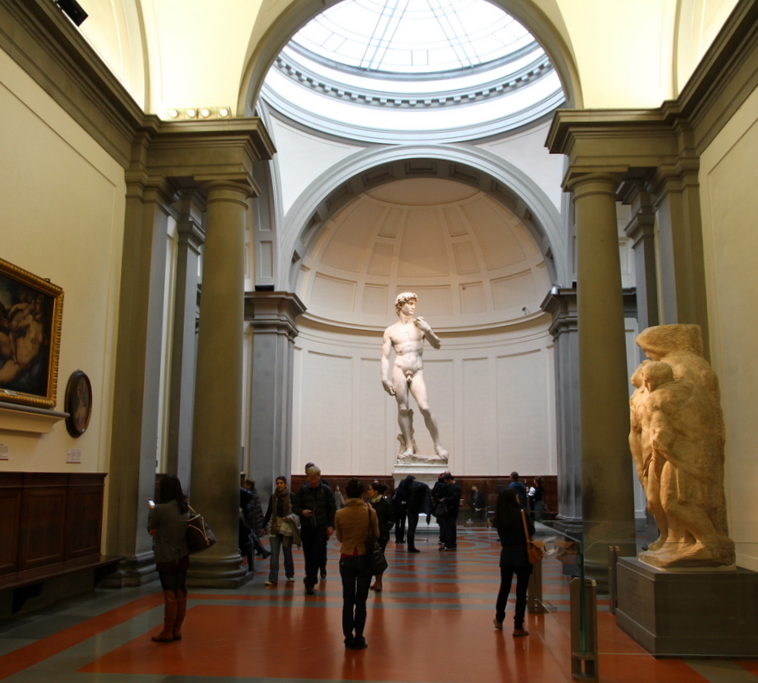 Some text and images from Wikipedia

Pisa is a city almost everyone has heard of because of the famous Leaning Tower of Pisa, the place where Galileo tested his theory of gravity, and one of the most recognized buildings in the world. But Pisa has a proud history far beyond that, stretching back into the mists of pre-history, with Etruscan relics dating to the 5th century B.C. Later it was a major Roman port, and it has many castles and churches that mark its succeeding eras. Major attractions include the Cathedral of Santa Maria Assunta, the Baptistery and Campo Santo.
Lucca is a historically rich city in central Italy is located on the Serchio River in a fertile plain near the Ligurian Sea. It is famous for its city walls from the Renaissance period, still standing today. Lucca has traces of human settlement dating to the 3rd century B.C. It became a Roman colony in 180 B.C. The list of things to see includes Lucca Cathedral, a monumental structure in the historic old town in the Piazza San Martino, which is one of the best places to visit observe the present-day life of the city. Piazza dell Anfiteatro is another of the city’s great plazas, where you can sit and watch Italian life go by. The magnificent Basilica di San Michele in Foro has a stunning front façade unlike any other. The spectacular gardens of the Orto Botanico Comunale di Lucca, dating to 1820, are also a sight not to miss. There are innumerable other sights of great beauty and fascination in Lucca. And as you explore them you are immersed in the rich culture and cuisine of Italy.
Pistoia is an Italian medieval city attracts many tourists from around the world who come to absorb its rich culture and its plant nurseries and brilliantly colored gardens. Pistoia was already a center of trade before it became a Roman colony in the 6th century B.C. It’s also the place where the pistol firearm was invented. It’s a richly picturesque city with magnificent architectural monuments, such as the Cathedral of St. Zeno, the center of the Piazza del Duomo, and the Palazzo del Comune. It’s an ideal city to stroll around and take in the sights, sounds and smells.
Siena was a major banking center until the 13th and 14th centuries, and is still the home of the oldest bank in the world, operating continuously since 1472. Siena is famous for its art, museums, cuisine, medieval buildings and the Palio, the famed horse race held twice a year in the town’s main square. Its historic city center is a UNESCO World Heritage Site, and its Piazza del Campo is the perfect place to start your exploration of the city. Within the stunning Siena Cathedral is a hidden treasure, the Piccolomini Library, whose walls and ceilings are covered with one of the most impressive frescos in the world, a rival to the ceiling of the Sistine Chapel.
The Chianti region is, of course, the birthplace of the wine that bears its name. It’s a mountainous region that spreads into three Tuscan provinces—Firenze, Siena and Arezzo. It was in 1716 when Cosimo III de’ Medici, Grand Duke of Tuscany, issued an edict to officially recognize the boundaries of the Chianti district. The edict represented the first legal document in the world to define a wine production area. Chianti is a gorgeous scenic region, rich with Romanesque churches and fortified medieval castles showcasing its colorful past. The region is an incomparable place to explore Italy’s landscapes and history, as well as to learn about the art of winemaking.
Val d'Orcia is a serenely beautiful, hilly region extends from the hills south of Siena to Monte Amiata. A UNESCO World Heritage site, Val d’Orcia is the home of some of Italy’s most prestigious wines, including Sangiovese and Trebbiano. Its gentle hillside landscapes have been portrayed in countless Renaissance paintings. The region also has served as the backdrop of many classic films, including “8½” by Federico Fellini, “Brother Sun, Sister Moon” by Franco Zeffirelli, “The English Patient” by Anthony Minghella and “Gladiator” by Ridley Scott. But when you travel to Val d’Orcia, you can see these film locations live and in person. 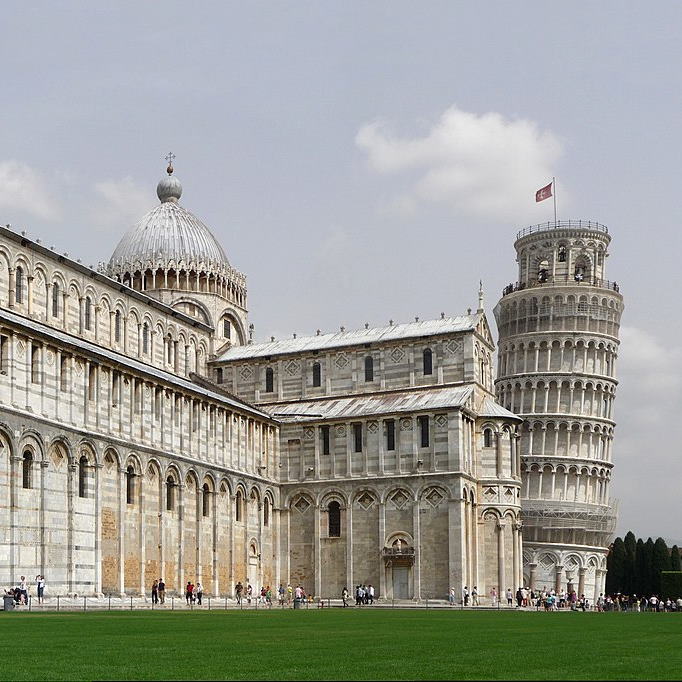 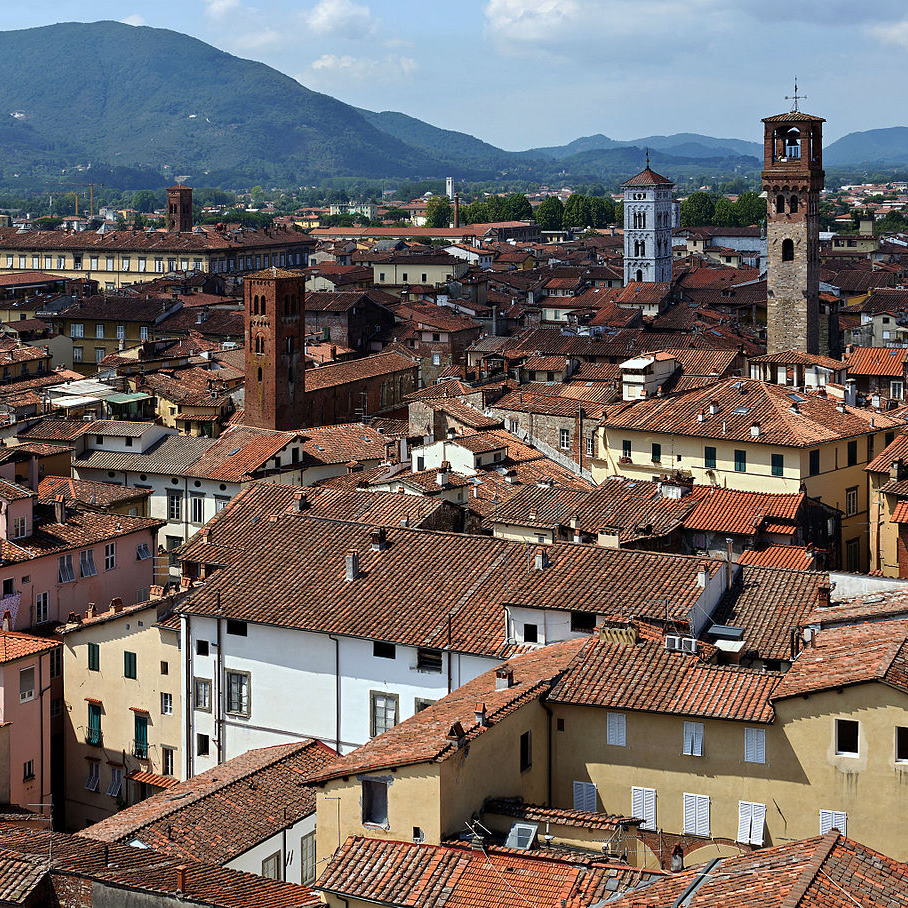 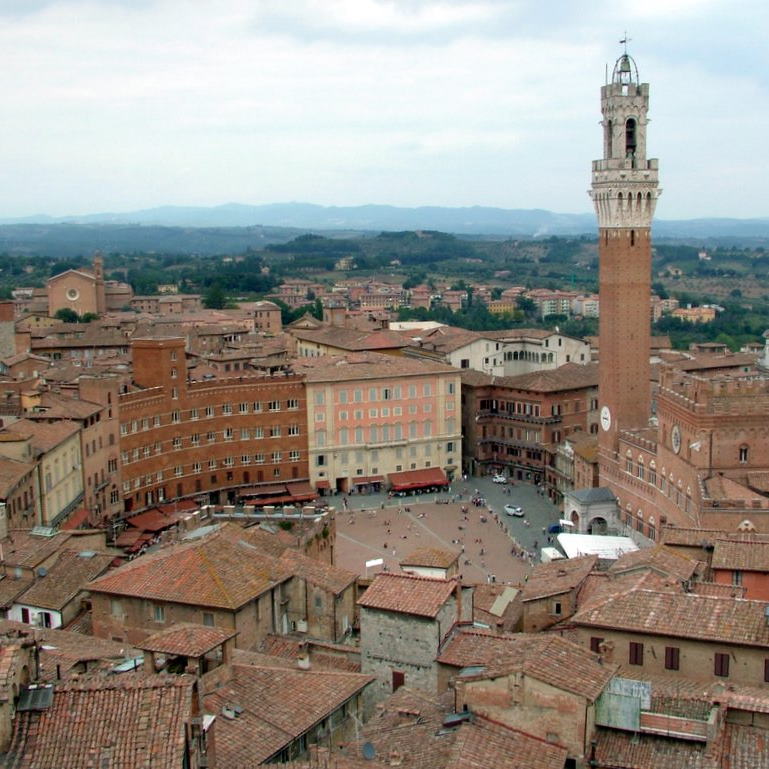 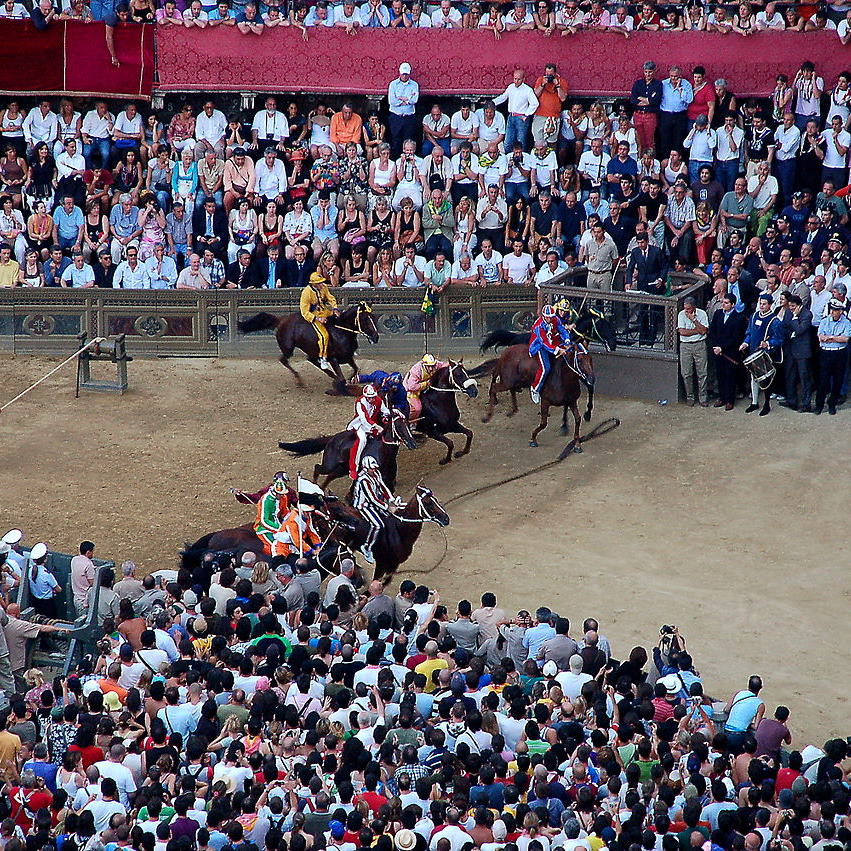 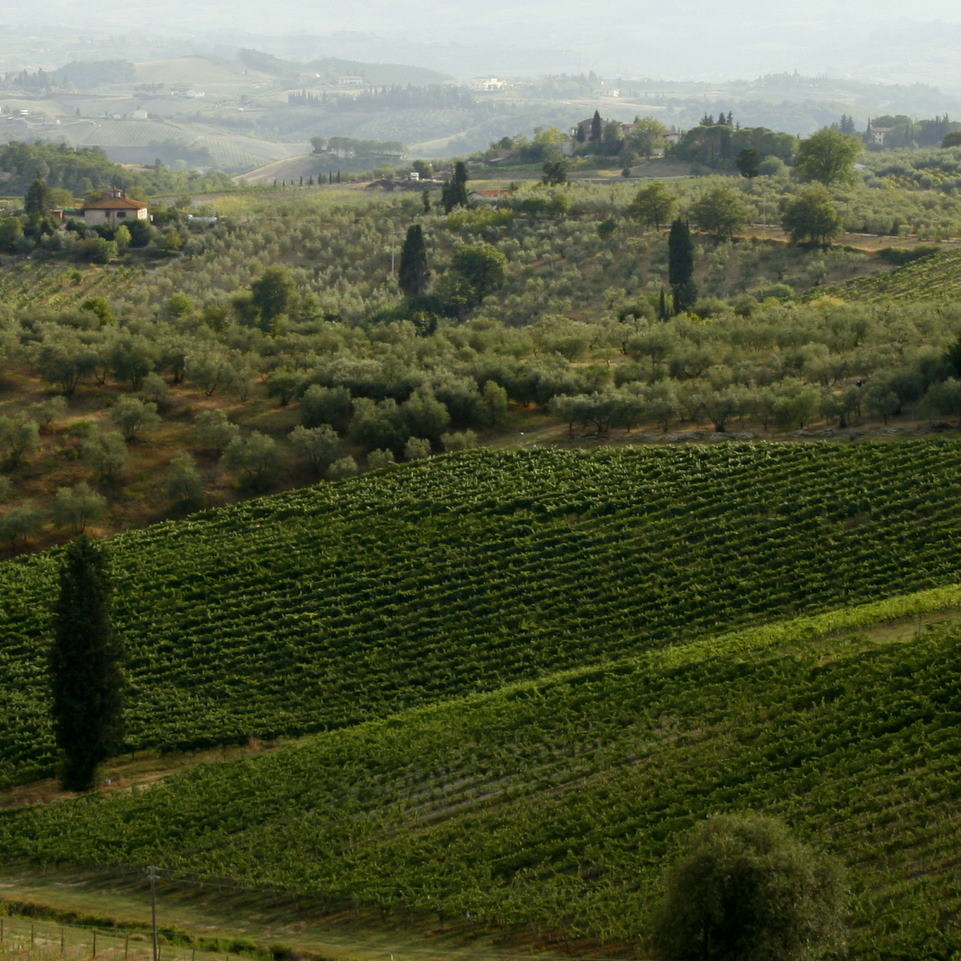 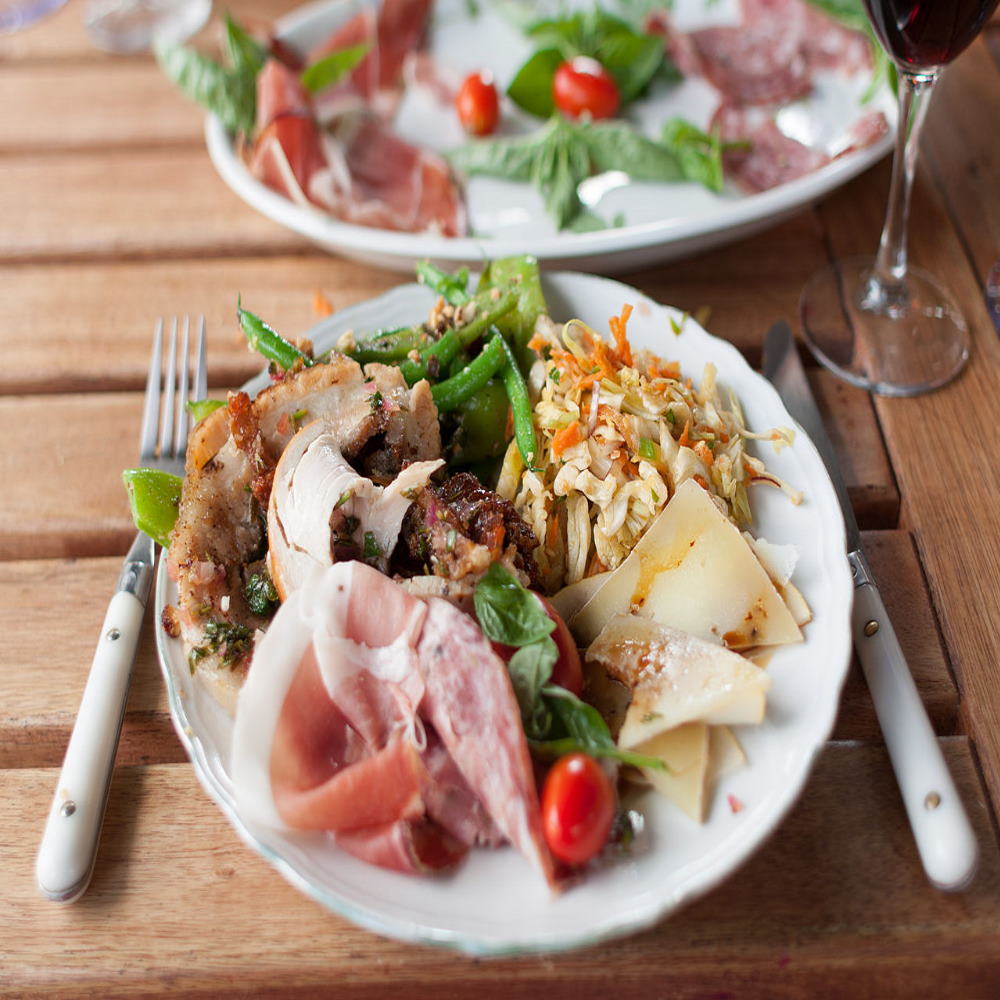 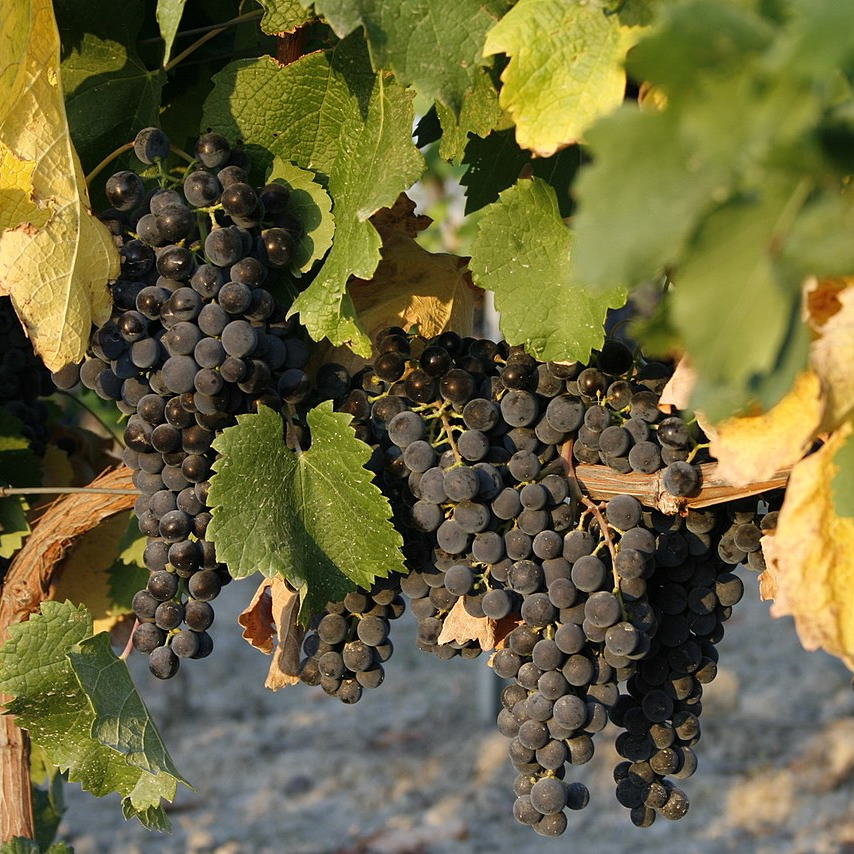